A 3D interactive piece developing programming to customise a 3D bike that users could ultimately win.

My role on this project was Design Direction, Matt Painting, 3D Illustration and Programming. Paddle Pop Lick-a-prize was one of the most complex Flash Dev projects I’ve worked on.

My role was to create a ‘3D BMX bike customiser’, which allowed users to pick colours for parts of the bike. Achieved in by viewing, rotating, zooming, and selecting parts and their colours. Once complete users could submit their entry to a gallery. If they won the major prize they won their customised BMX they chose through the system. Awesome, huh! 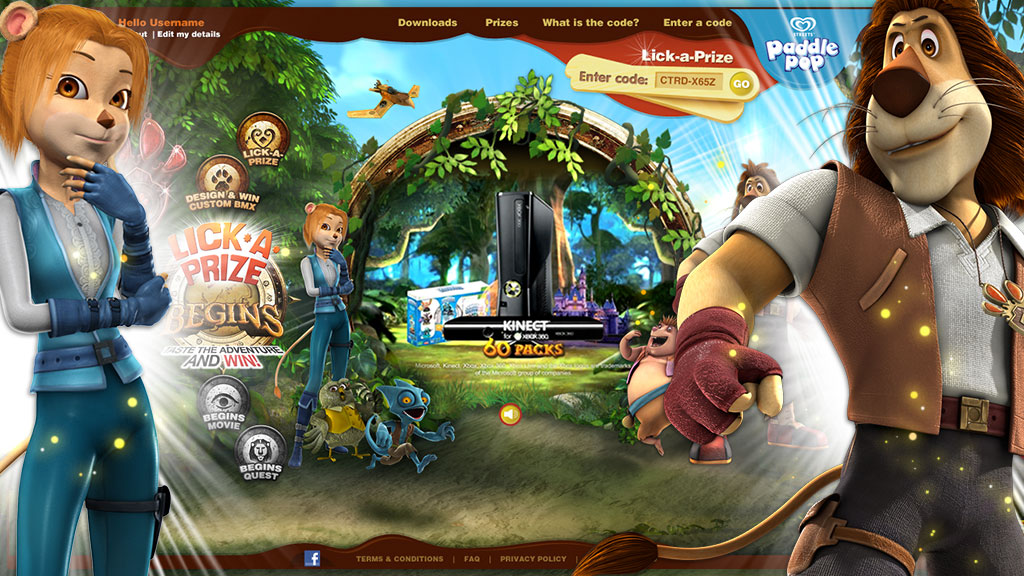 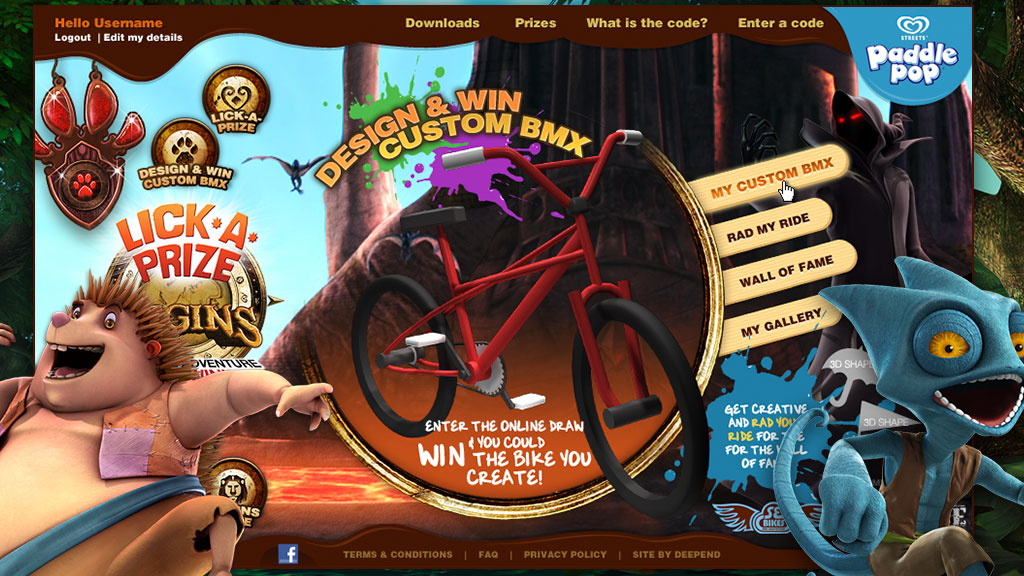 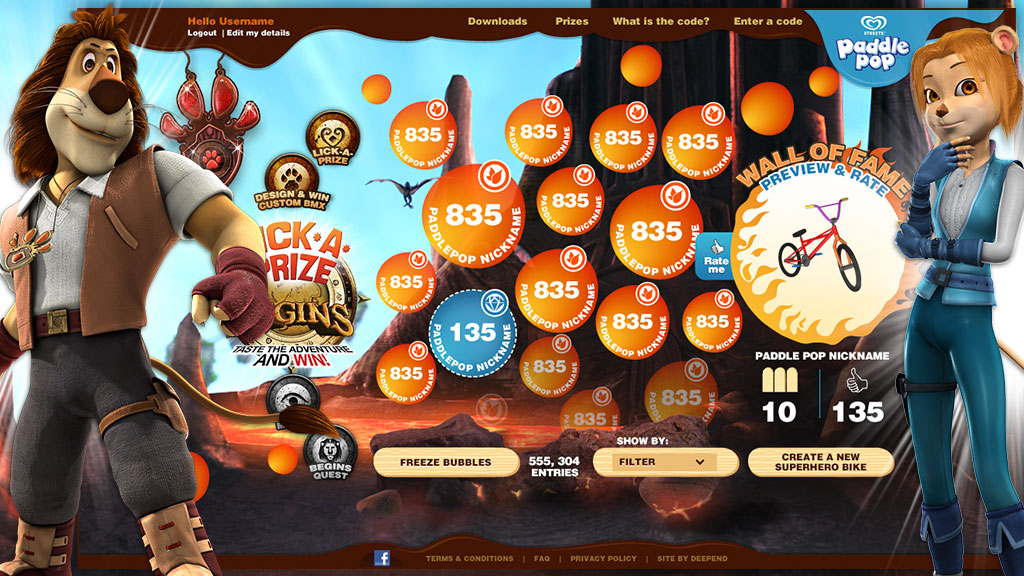 I worked with a fantastic team on this: A thorough Art Director, another Flash Dev and a backend Dev, and a steadfast producer. All brought this wonderful piece together.