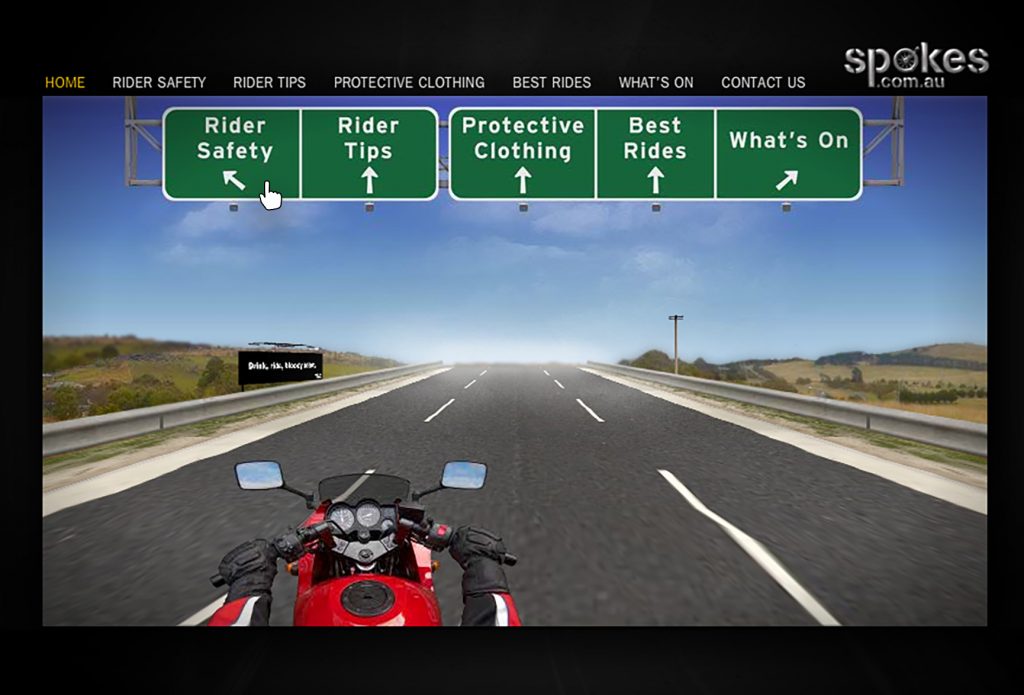 This site was created while I was at Grey / G2 Sydney for the TAC – Traffic Accident Commission, Victorian Government. The site was called ‘Spokes’, a site dedicated to motorcycle safety and information.

The site was build in Flash with elements created in what was called ‘Papervision’, a programming library that extended Flash capabilities for 3D. My role in this project was a Senior Art Director and programmer, I briefed photographers and the creative teams site in Victoria for what was needed for the site. Some scenes included near stop-motion level sequences to show items moving. or opening when interacted with on the site, like a drawer opening, or a tool on the wall swaying. I programmed the backend of this project establishing the logics of the application (as most Flash sites were essentially applications). My colleague at the time, Trent Brooks, undertook the front end programming including the Papervision work, which enabled the motorcycle on the front screen to follow the mouse as the landscape swept by.

The site was opened by the Victorian Government at Federation Square, with the site shown on large screens overlooking the square itself.